A tour in the beautiful and charming city of Cortona, Siena, San Gimignano and making a real dive in to the Middle Ages; walking through its squares, streets and alleys, will be like reliving that historical atmosphere practically unchanged since Medieval Times, preserving the original urban look 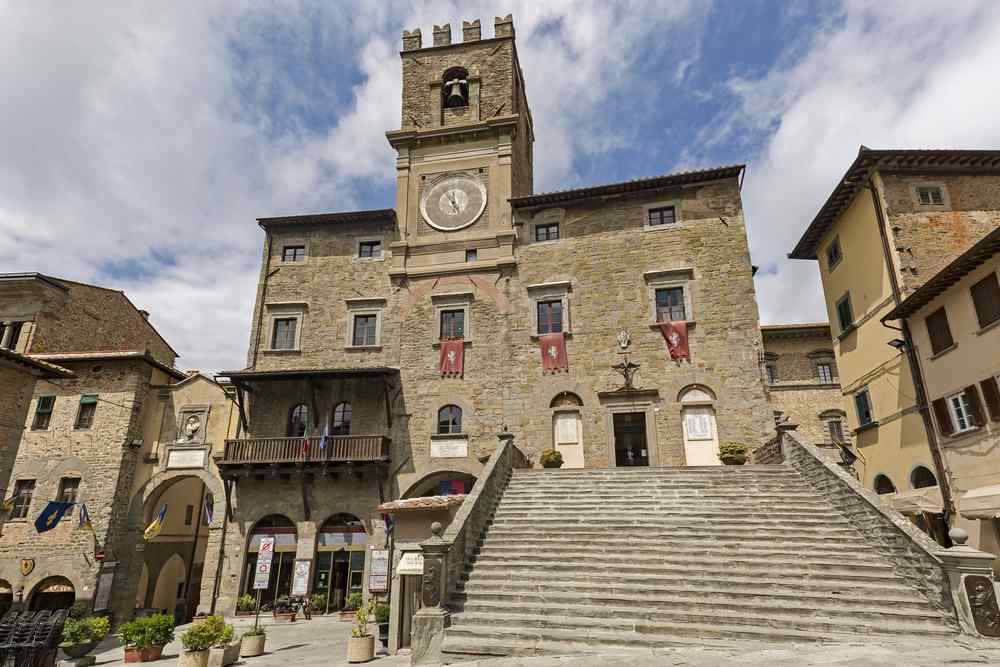 Piazza della Republica on the east side is the 14th-century Palazzo Comunale with its characteristic clock tower, today symbols of Cortona, which was erected in the sixteenth century. The bell tower was built together with the imposing stairway to the palace. Also in the square we find the Palazzo del Capitano del Popolo, (the tallest of the square) a splendid building used as residence of Cardinal Passerini in the 16th century. We move in the communicating Piazza Signorelli, where the Palazzo Casali (XVI century) resides, On the right of Palazzo Casali stands the Teatro Signorelli (19th century), in neoclassical style, enriched by a beautiful arcade with seven arches. In the south-eastern part of Cortona we find Piazza Garibaldi: where at its center is the obelisk dedicated to Giuseppe Garibaldi, from here you can enjoy a unique view of the Val di Chiana that comes to scrutinize the borders of Umbria where you can see the Lake Trasimeno, Montepulciano and on clear days Mount Amiata 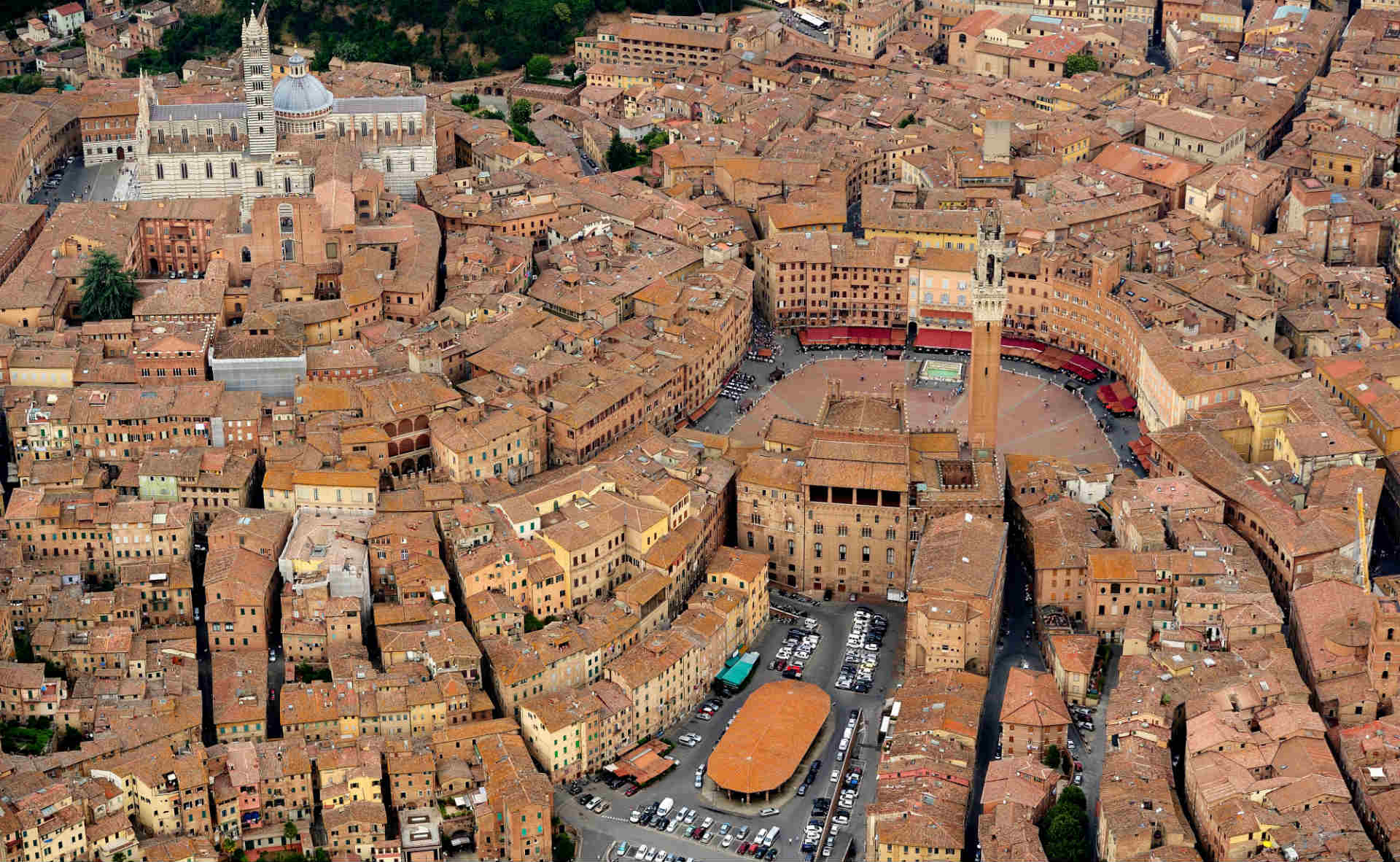 Siena and the Palio Along with its distinctive striped cathedral, Siena is famous for the Palio, a summer celebration that has been a tradition here since the Middle Ages and is one of the most exciting events you can witness anywhere! Held twice each summer (July 2 and August 16), the Palio begins with a colorful medieval procession that culminates in a wild horse race around the Piazza del Campo. There are almost no rules, so anything goes. It’s even possible for a riderless horse to win; in fact, it’s considered good luck! The Palio has been going on for more than 800 years. Riders from each of the city’s neighborhoods, called “contrade,” dress up in medieval costumes for the competition. There are 17 contrade, each with an animal as its symbol. The “Palio” is an embroidered banner that is the prize for winning the race. And if you see any grown-ups wearing or sucking on baby pacifiers, it just means they belong to the contrada that won! Even if you don’t visit during the Palio, Siena is a great city to explore. Il Campo is a top spot for people-watching, and you can climb the Torre del Mangia, the tall bell tower of the Palazzo Publico. If you are there when they ring the bells, you will never forget it! 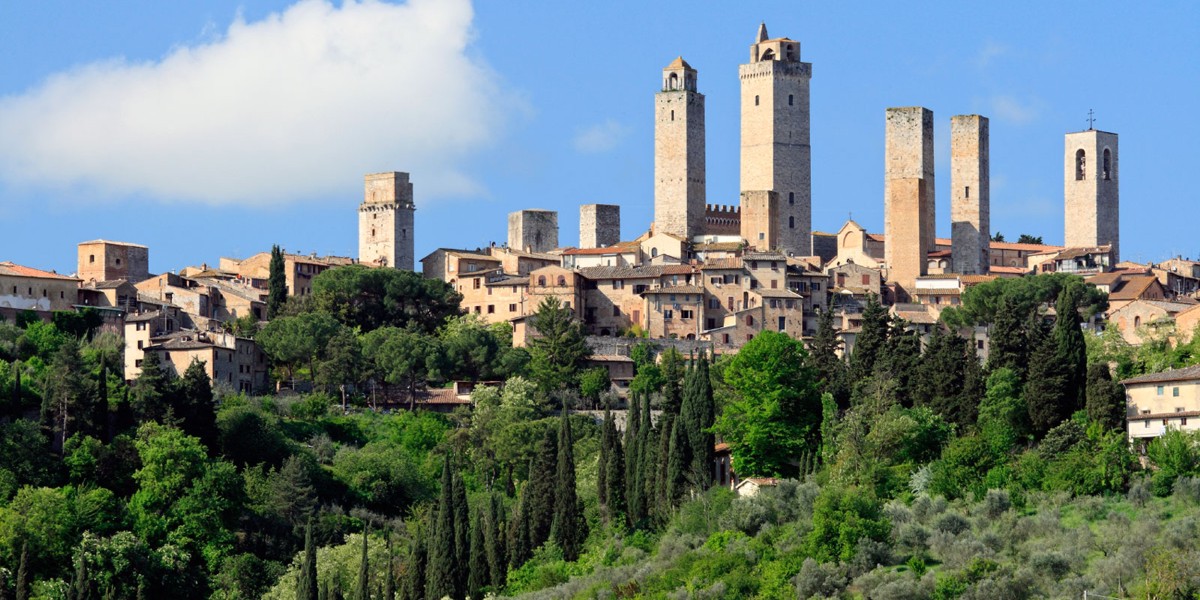 Probably the most famous small town in Italy, there are few places that evoke, with as much power, the atmosphere of mediaeval Tuscany. San Gimignano dominates the sorrounding area (Val d'Elsa) with its breathtaking skyline bristling with towers. Only fifteen of the original seventy-two towers survive today. These towers represented weath and influence more than security and defence: the higher the tower the richer the family. To complete your experience in this town , remind your driver to take you to taste the well known white wine of this town: Vernaccia di San Gimignano. A breathtaking experience of a different kind!